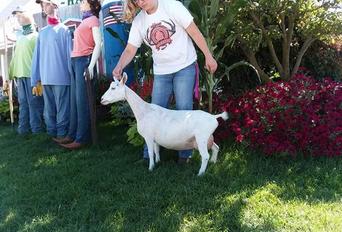 Sadly we lost Liberty to a difficult birthing.....It's a devasting loss for us and she will be greatly missed. We have daughters and granddaughters to carry on with her amazing genetics and ability to maintain her mammary system at her age. She was a milking fool.

Rain took her first Grand Champion title at the 2017 Great Lakes Dairy Goat Jamboree in Hastings, MI. as a two year old first fresh doe. Can't wait to see what is in store for her next year!

One more leg away from Liberty's Championship

Sonny placed 2nd in his class at the 2011 AGS Nationals!
Sonny now resides up North with Linda Bunker. 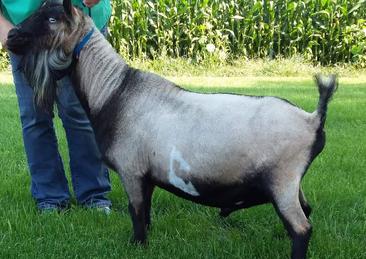 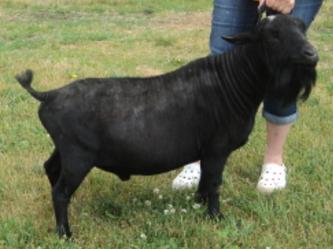 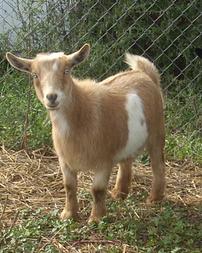 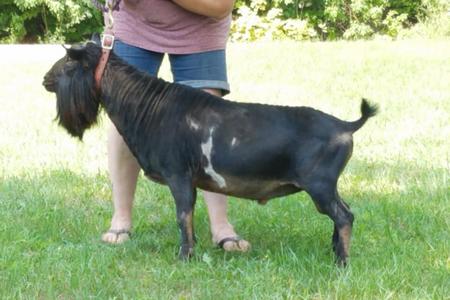 1st in his class at the Noble County Goat Show in Kendallville, IN 2013

(Many previous Reserve Grand Champion placings as a Jr. Buck)


Sire: Castle Rock Porsche Panamera
(Castle Rock Black Oak x Castle Rock LA Jamais Contente)
Dam: Caprine Acres Smokin Hot
(CH AGS Brush Creek Smokin Gun +B x Caprine Springs Endless Love)
Jackie Bouwkamp at Caprine Acres has a really good eye when it comes to seeing potential in kids! She insisted we take this guy and that we would not be disappointed. I can say this was a great choice! Caymen's kids, all of them, have been conformationaly correct. No matter who we bred him to.

We moved Caymen on this year to a new home as his job was done here with our herd for awhile. He will continue to contribute his outstanding qualities for others to use.

Liberty took 1st place in her class at Columbia City show 2017
*Liberty took Grand Champion at the 2017 Great Lakes Dairy Goat Jamboree in Hastings, MI. The judge absolutely loved her ability to hold that mammary system on as tight as she does at her age. 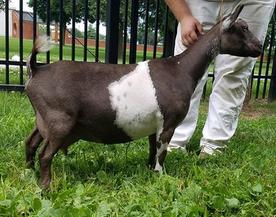 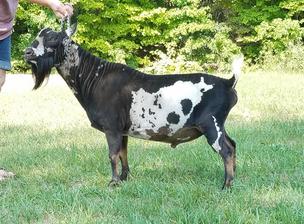 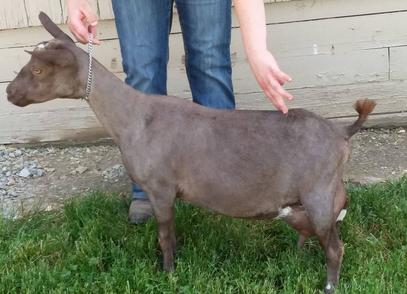 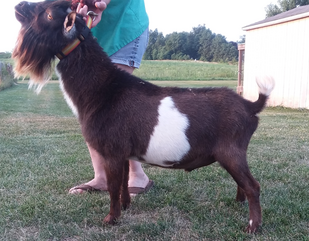 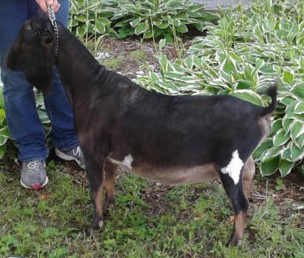 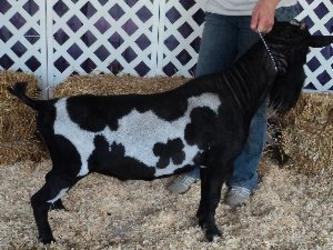 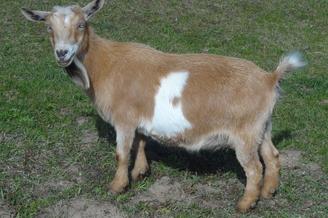 We had the pleasure of raising up Adonis and using him as a buck who contributed multiple qualities in our herd. He went back to spend some time with the Kaapio Acres herd and eventually made his way to Caprine Acres. 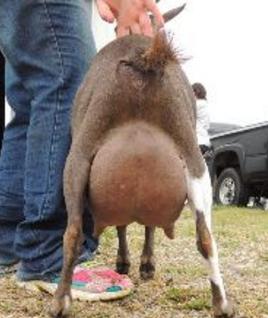 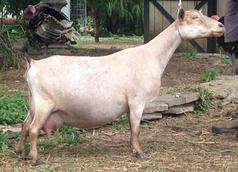 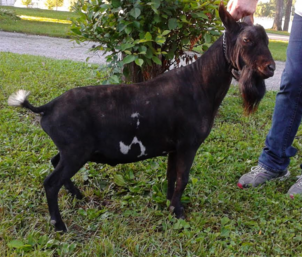 Unfortunately, we lost Rendezvous in the winter of 2022 to what appeared to be a choke. He genetics live on in our herd. We can not express enough gratitude to the Bouwkamps for letting him come live with us. He has proven time and time again to put a correct mammary on each doe that is sired by him. He will be very missed. 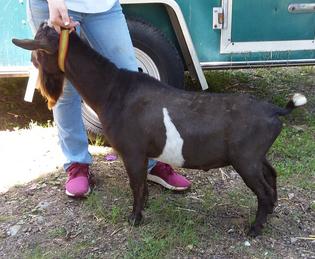 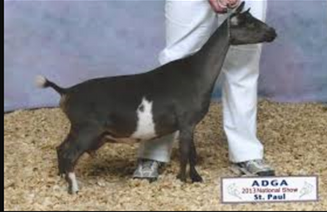 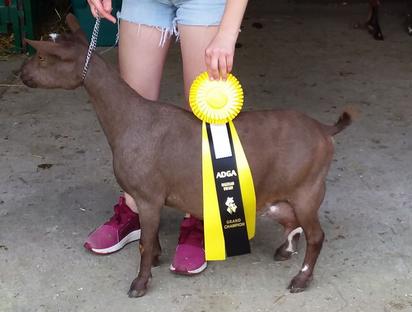 Sire: Castle Rock HeartThrob *B
Sires Sire: SG Castle Rock Cleveland Sage+*B
Sires Dam: GCH AGS Algedi Farm S Honey Heart 5*M
Dam: CH Kaapio Acres Hot Cholula LA 91
Dams Sire: AGS Woodhaven Farms Bently Hotwing
Dams Dam: CH AGS Gay-Mor B Lacewing's Parsley
We are so excited to have Rendezvous here with us. He is on lease from the Bouwkamps at Caprine Acres. He brings in some really solid lines out of the castle rock herd and we are so excited to have Kaapio Acres Hot Cholula tied back in again with our genetics. Kaapio Acres genetics have always brought us consistency and now Caprine Acres has allowed us to once again achieve just that. 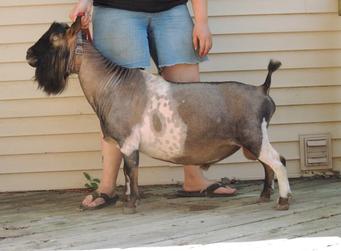 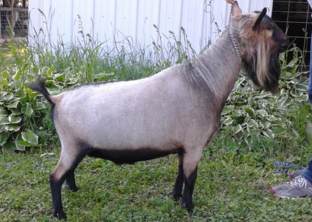 Making the decison to sell Macan was not an easy one. Macan was used exclusively to keep certain genetics tied into our lines. His dam obtained her 1st leg on her first show out for the season. Unfortunately we lost her shortly after that. Macan and his sire have contributed very positively to our herd.


2018 Monty took another Grand Champion win and Best in Show at the Kendalville show in Indiana. Monty finished up his Championship win at the ADGA show in Hastings, MI 2018. He not only took Grand, he took Best in Show against the big boys. He truly is a Gem...not to mention his daughters have excelled in their mammary systems and conformations.